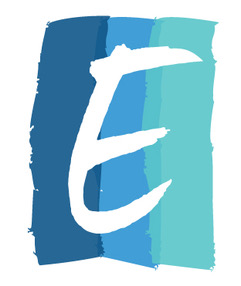 On 12th November 1928, Earlwood Baptist Church was planted to be a ministry to the growing suburbs that were coming up in the Earlwood area. The church was healthy and provided much needed care and fellowship to the hurting in the community. They faithfully did so for 41 years.

Through Ashfield Baptist Church a Greek fellowship was started in September of 1969 under the leadership of Michael Glinatsis. This was aimed at reaching the growing Greek community. An intense Evangelistic program of tract distribution, newspaper evangelism, film outreaches, hospital and home visitation/translation and social work assistance was implemented. The growing Greek ministry then moved to Earlwood Baptist Church in 1990 with the vision to strengthen the work there and added the much-needed life as the church was struggling.

1983- A legacy of hope
From 1983 to 2006 EBC ran a Greek Gospel radio program between 2 to 5 times a week called “The Voice of the Good Samaritan” on 2NBC Station. Hundreds of free Greek New Testaments were distributed to enquirers.

2007- A legacy of innovation
In January 2007, initiated by Rev. Michael Glinatsis, Hellenic Christian Media, a Greek
Christian Television program called “Words of Hope” commenced. This program was
broadcast every Saturday morning at 8.00 am and Sunday morning at 6.00 am on TVS Digital
44 to a diverse audience. After having aired 465 episodes the programs had to cease from
20th December 2016.

2018- A legacy of new beginnings
As the congregation continued to age and the composition of the area changed, attendance
started to decline. However, building from a rich legacy, and still passionate to see many
reached for Jesus. The leadership of ECB sought the Lord in prayer and reached out to the
Baptist Union of NSW for help. The Association itself on a new journey of planting 1000
healthy new churches and walking with established churches through revitalization
responded. This led to Rev. Ken Kamau being sent as the Senior Pastor to shepherd EBC
through the next season of ministry.

Even after 90 years, it feels just like the start, we celebrate a rich legacy of great leadership
by Michael and Marina Glinatsis and those before them. Their faithfulness in honouring God
at EBC has provided a solid foundation to build on!

As we step into this new season we welcome you to journey with us!